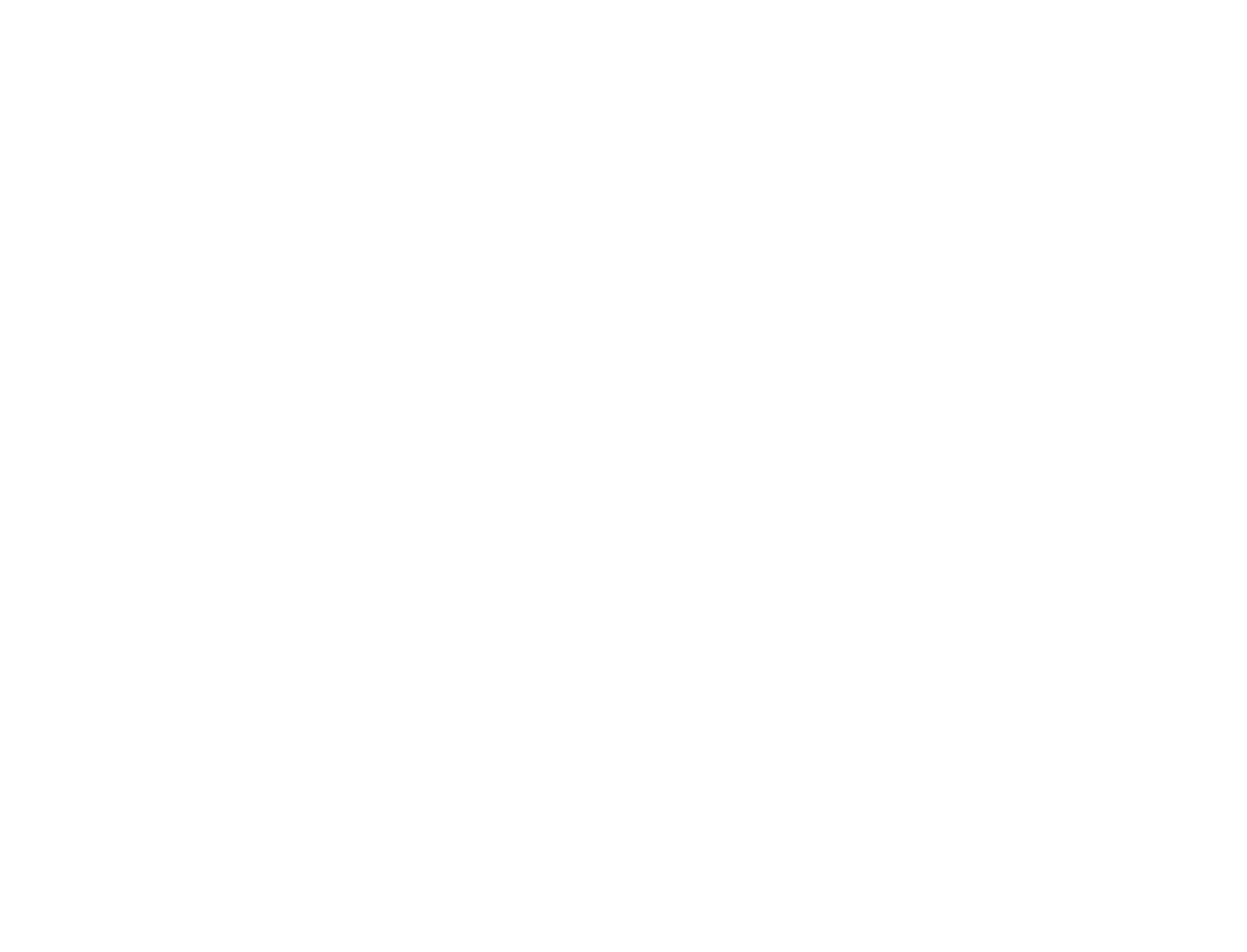 The Concerned Citizens Committee of South Brevard, Inc., a 501(C)3 has a mission to create and erect a statue in honor of the three black men who were freed slaves in 1867 and are credited as the founders of Crane Creek, FL, which is known today as Melbourne, FL. Also, to use the Founders Monument site to promote historical awareness of the three black founders and their life experiences as they settled the territory of Melbourne, FL. To have the historical site open to the public for the purpose of visiting 7-days a week during the daylight hours. 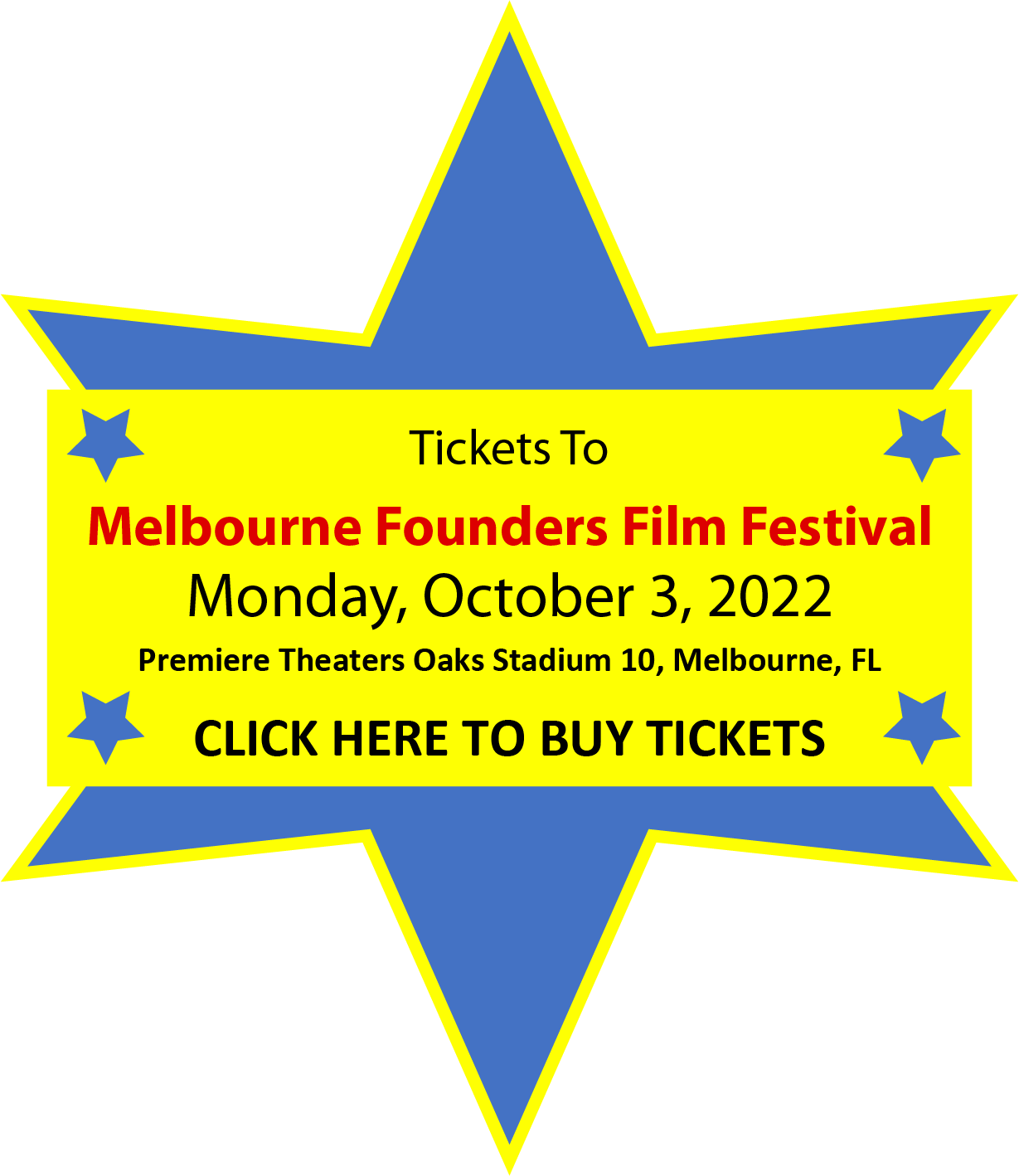 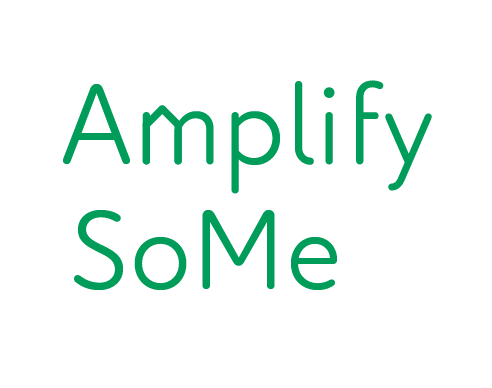 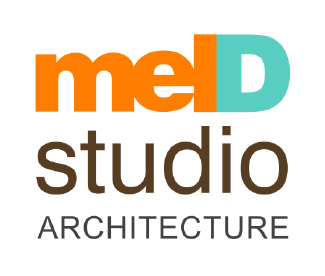 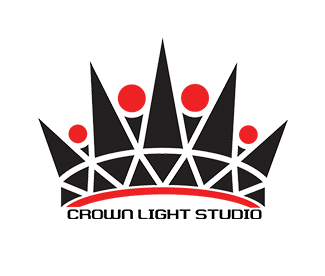 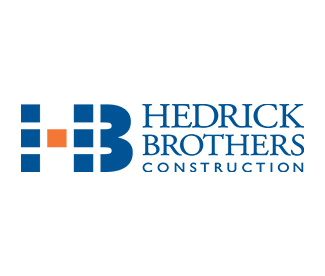 At the site of the Founders Monument and within the surrounding area, the historical awareness project will include:

• Will coordinate with Brevard Public School district to establish dates for students to take field trips at the Founders Monument site to learn of the monument’s historical significance.

• Will coordinate with local college institutions, Eastern Florida State College and Florida Institute of Technology, to bring students and faculty to learn of the historical significance of the monument.

• Will coordinate with all local and county churches to visit the site as an alternative program during Sunday worship.

• Will implement a statewide and nationwide communication campaign that informs tourists of the monument’s location and of its historical significance, inviting tourist to visit.

• Will collaborate with partners to create guided tours of Melbourne’s historically significant sites, which will include the Founders Monument site, the Melbourne Founders Museum at Crane Creek, Green Gables and other sites.

• Will create and provide brochure literature to all visitors of the history of the three black founders of Crane Creek, which is now Melbourne, FL.

• Will work to obtain funding to transition and revitalize south Melbourne from a blighted area in order to attract visitors, merchants and businesses.

• Will implement a task force to work with residents and owners of dilapidated homes and buildings to upgrade appearances and surrounding grounds. 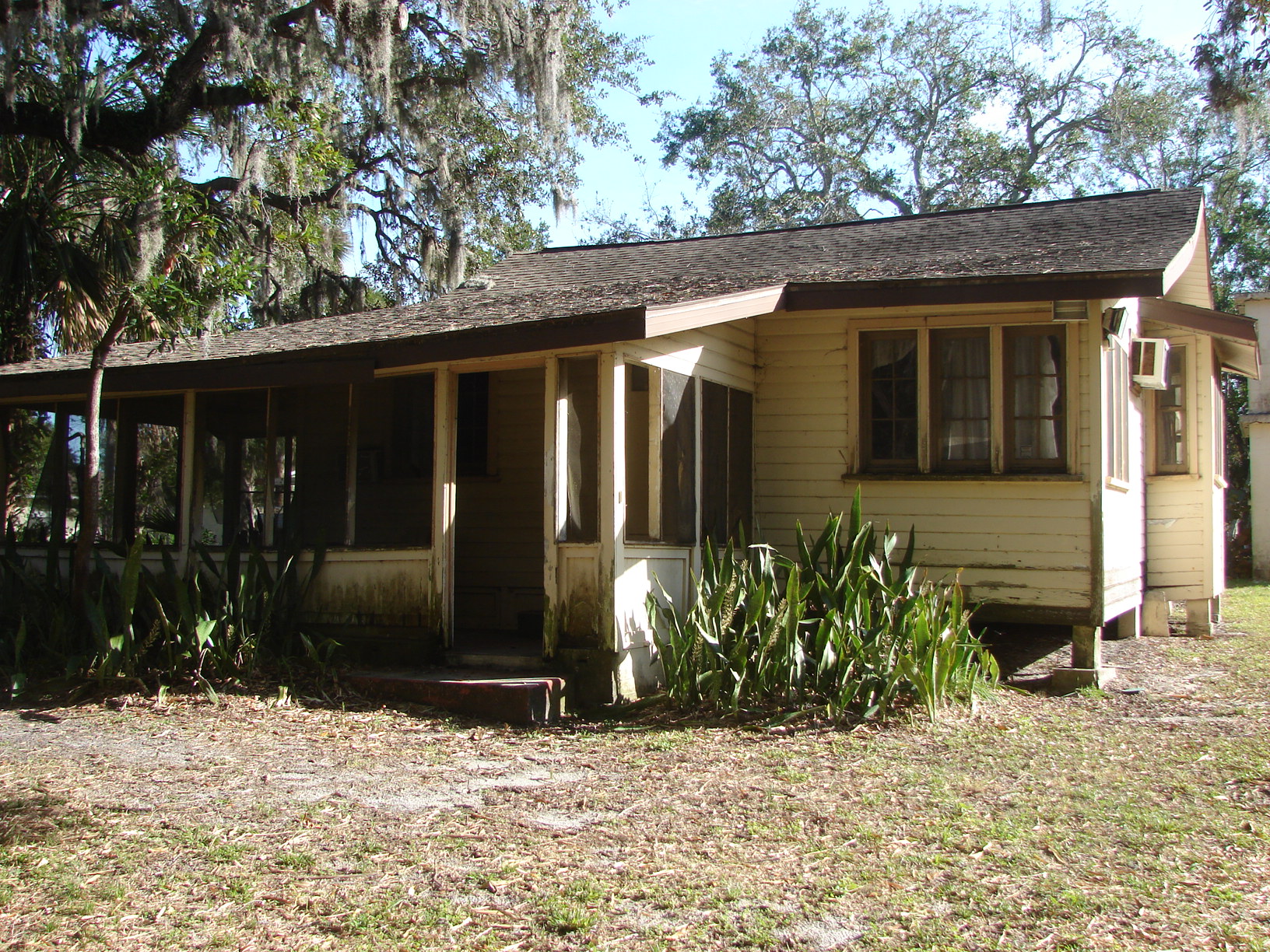 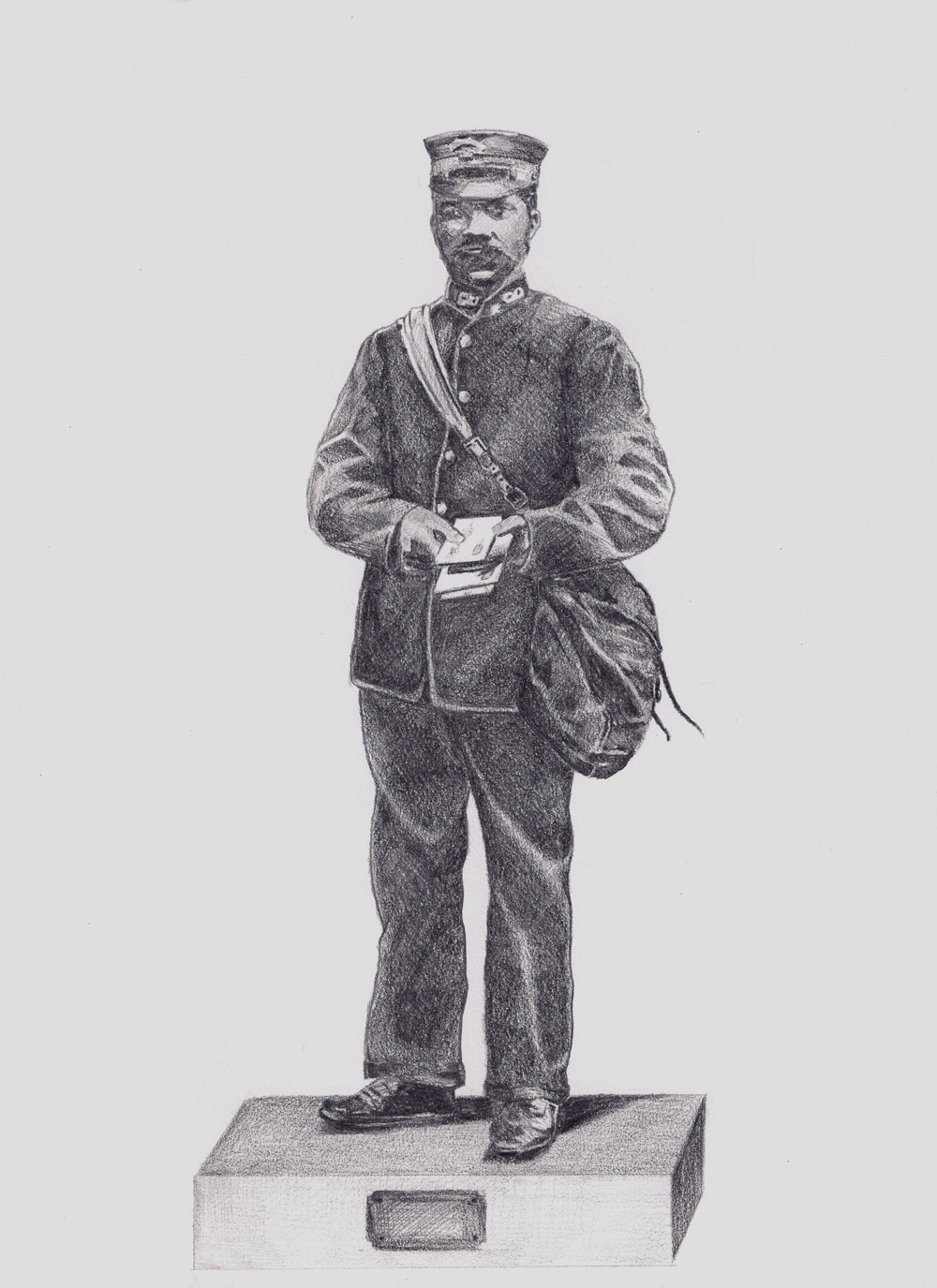 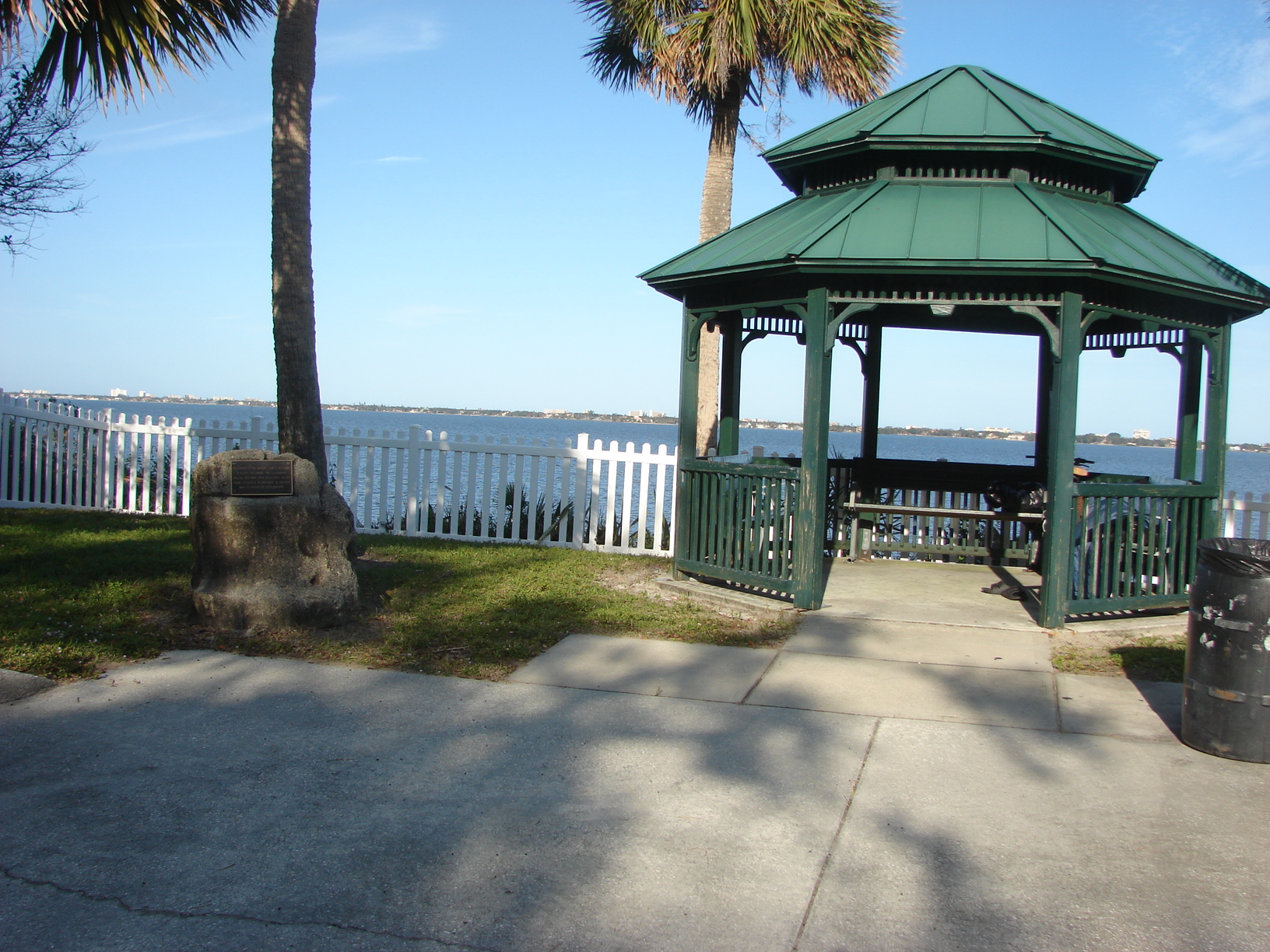 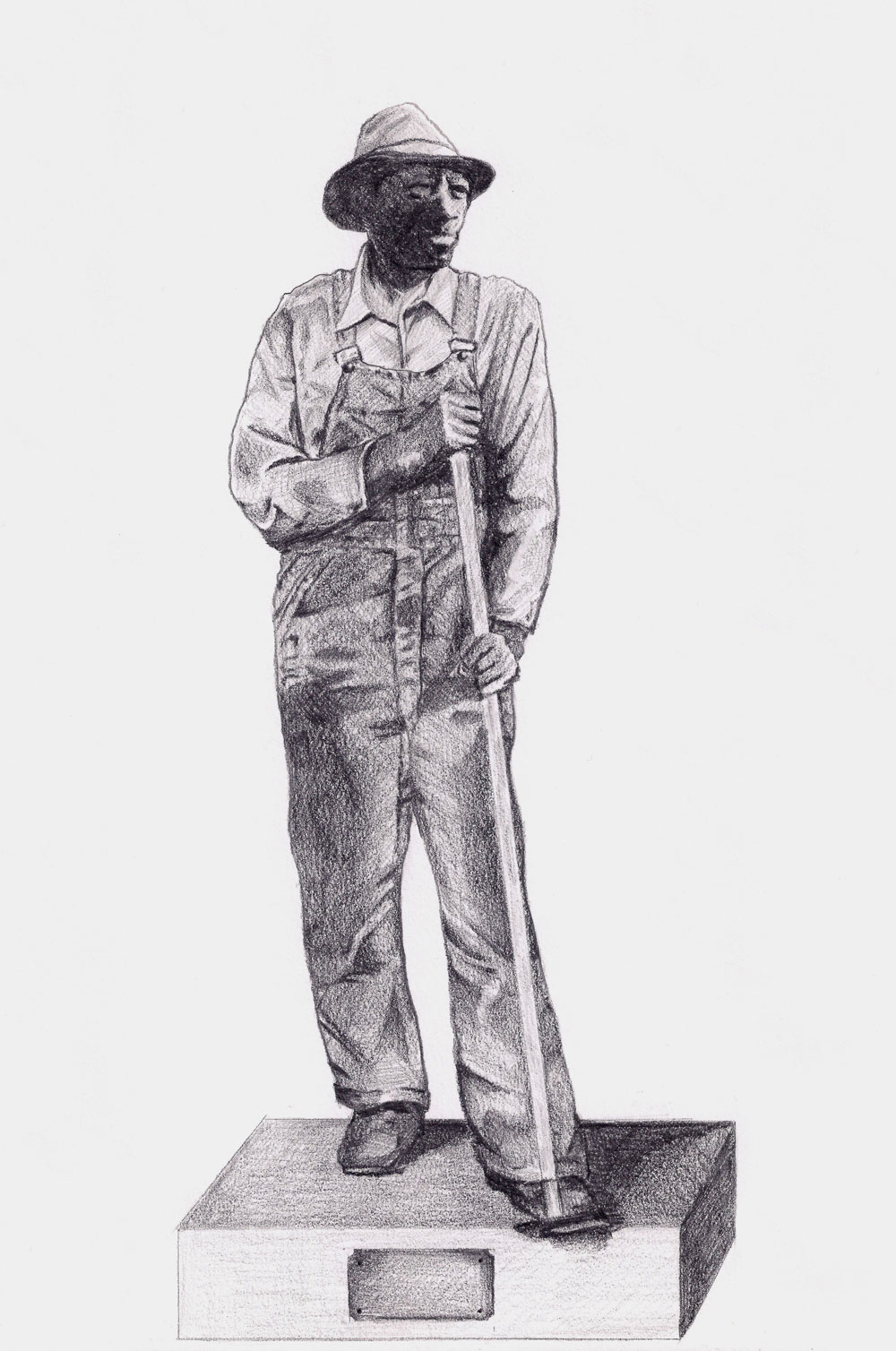 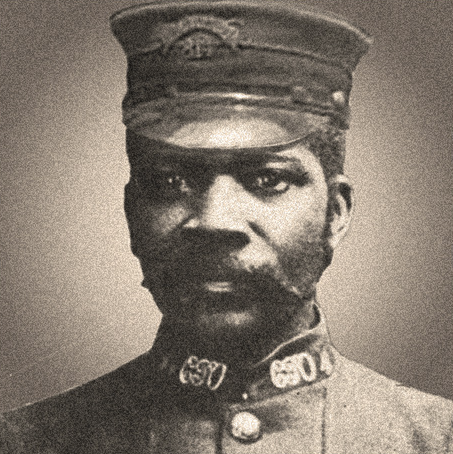 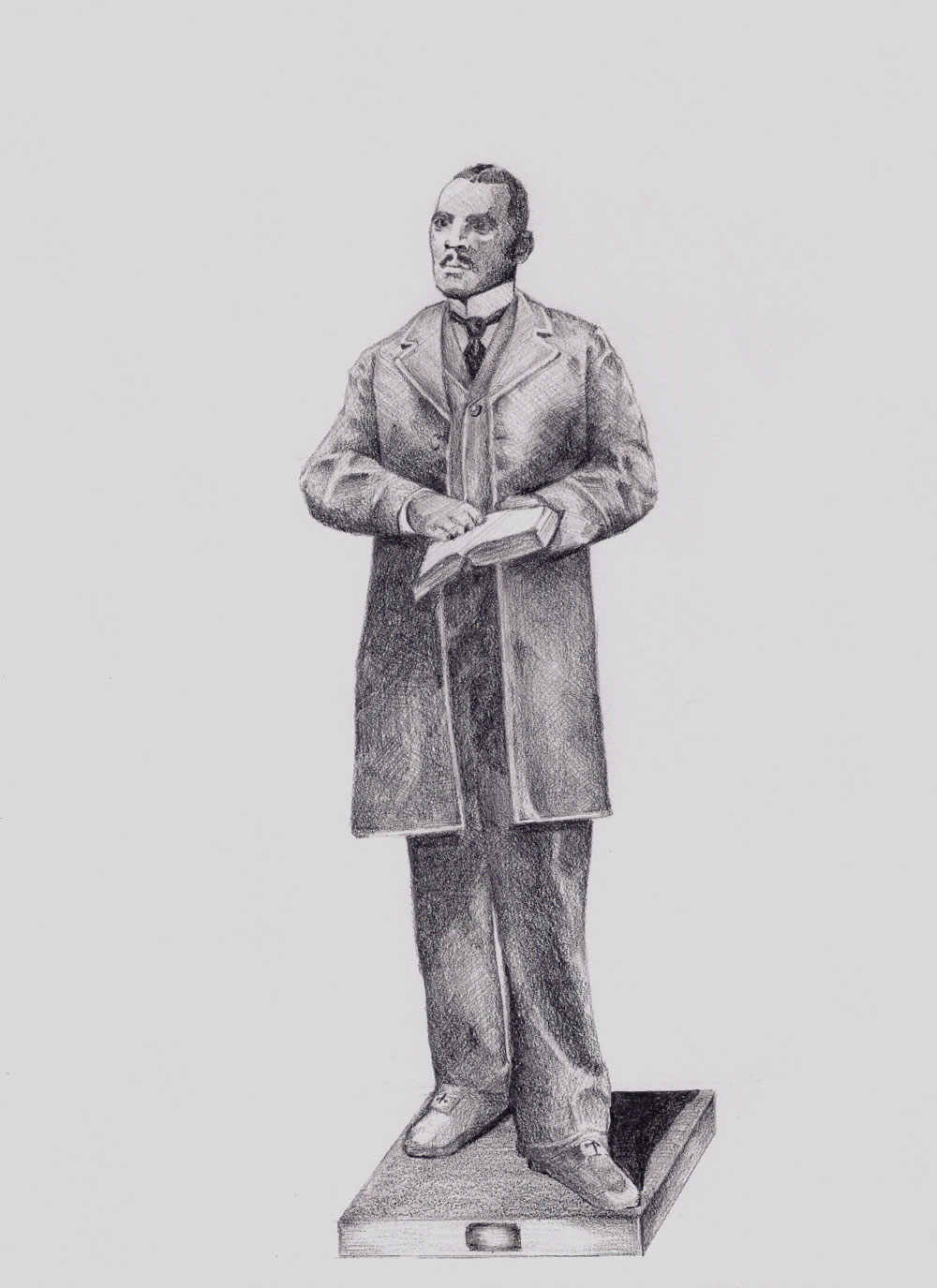 Home of Wright Brothers – Several renovations done on the interior and exterior. 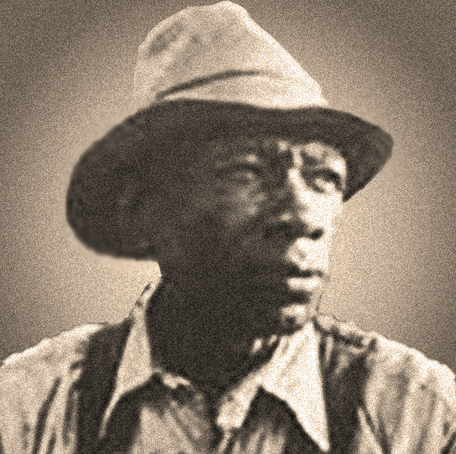 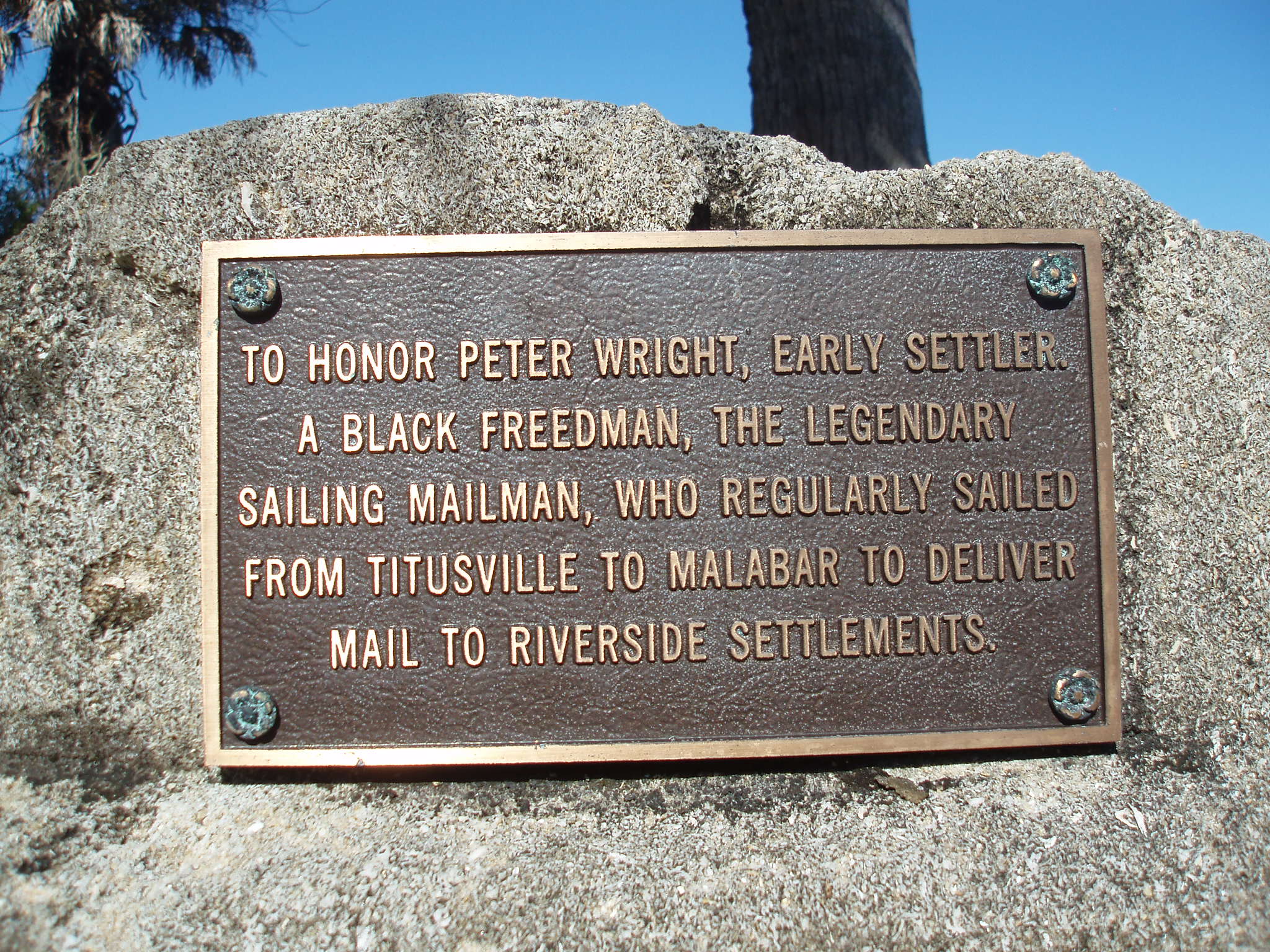 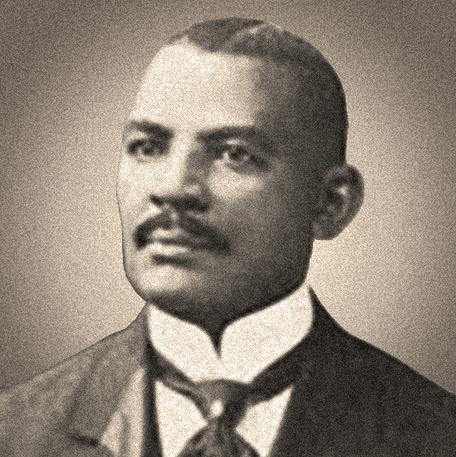 All of the property that is known as Front Street today was deeded to Peter Wright. However, Peter did not sail alone with his former slave owner. He also sailed to Florida with his brother, Richard (known by many as Dick) Wright. Richard also became a mail carrier, but there is no oral or written history attributing him with the type of notoriety gained by his brother. Peter carried mailed from Titusville to St. Lucie County, twice weekly and Dick carried mail from New Smyrna to Titusville. Captain Peter Wright’s sail boat was named “Mist” and Dick’s sail boat was named “Nelly”.

Peter acquired his sailboat by trading portions of his land with an Australian man named John Hector. John Hector was the first postmaster of Melbourne and was happy to gain not only land from Peter Wright, but he also gained the reliability, honesty and friendship of a hardworking man. Peter Wright had the reputation as a shrewd, literate, sharp and dependable trade’s man and farmer. Not only did he homestead at Crane Creek, but he also purchased land on the beachside and later in life, he purchased land in Rockledge and Cocoa, FL. His first home was at the top of the River Bluff at the north end of Front Street.

In 1878 he and his wife Leah built a two-story home on the south side of Crane Creek. On his property he planted one of the earliest orange groves, along with other citrus and tropical fruits such as pineapples, bananas and later potatoes. By the time the system of mail delivery had transitioned from sailboats, to steam boats and finally by railroad, Peter Wright had sold off all of his property in Melbourne, and in 1885 he moved to Rockledge to farm citrus groves. He later moved to Cocoa where he owned a livery stock. Oral history tells us that Peter Wright had a son, Peter Wright Jr. Peter Wright Jr. had a son (name unknown at this writing), but his son had a son named Ulysses Wright. Ulysses Wright was born in Cocoa, 1924 and is the great-grandson of Peter Wright. Through oral history, he shared that his grandfather, Peter Wright Jr., was killed by a gun that accidently discharged at his store in Rockledge.

Ulysses also shared that his father, a former military man, travelled constantly and worked out-of-county, leaving him to be raised by his mother and grandmother. His father eventually relocated to New York, leaving his family in Florida. Ulysses shared, “It was one Sunday afternoon, and I was reading the paper when I saw an article stating that there was a dedication ceremony in Melbourne in honor of my great-grandfather, which was being held as I read the paper. I put down the paper and dashed to Melbourne. I got there just in time to be included in some of the pictures. And that’s how I learned about the historical marker that was dedicated to my great-grandfather”. The Historical Marker dedication ceremony was at Overland Park in 1991 and was officiated by Melbourne’s Mayor Joe Mullins on the bank of Indian River, Melbourne, FL.

The marker reads: “TO HONOR PETER WRIGHT, EARLY SETTLER. A BLACK FREEDMAN, THE LEGENDARY SAILING MAILMAN, WHO REGULARY SAILED FROM TITUSVILLE TO MALABAR TO DELIVER MAIL TO RIVERSIDE SETTLEMENTS”.

Peter Wright’s legacy is that of an incredible businessman and Melbourne’s greatest pioneer. He was the first to cultivate the land that eventually became Melbourne. Peter Wright passed in 1925 at the age of 83, after twenty years in the livery stock business. Today, he is buried at Hilltop Cemetery in Cocoa, FL on the north side, which is the side known as the black cemetery.

Historically he is known as Wright Brothers, although his headstone reads William W. Brothers. Most likely his middle name was the name he commonly used in everyday transactions. Wright Brothers was born in 1845 in Alabama, Florida or West Virginia, depending on what census report you choose to believe. However, what is accurate is that he sailed to Crane Creek around 1880 and worked hard to make his fortune for him and his wife Mary Silas Brothers. Mary Silas Brothers was trained as a midwife before they sailed to Crane Creek. History tells us that Wright Brothers was of Jamaican descent.

He was deeded 7.5 acres of property and worked diligently farming him citrus groves, while also working in the pineapple fields on the barrier island. As his wealth grew, later in life he owned and operated a grocery store on Lipscomb Street. Wright and Mary Brothers are recorded as having the first child born in Melbourne. They named their son William Rufus Brothers. Like his father, William Rufus’ was also called by his middle name. Although recorded data indicates that William Rufus Brothers was born in 1882, his grave marker reads 1883. Much of Wright Brothers history is featured around his son, William Rufus.

There is little recorded or oral history available that captures the lives of Balaam and Salina Allen after their arrival to Crane Creek in the late 1880’s. Like Peter Wright and Wright Brothers, he was freed from slavery upon the cessation of the Civil War. Balaam was the last to arrive at Crane Creek among this trio of the three Melbourne founders. He was three years younger that Wright Brothers and six years younger than Peter Wright. Balaam and his wife, Salina, also farmed citrus trees on their property. They were good friends with Peter Wright and Wright Brothers.

It was one evening in the home of Wright Brothers that Balaam Allen, Salina Allen, Wright Brothers, Mary Silas Brothers, Carrie Lipscomb and Robert Lipscomb, while sitting at the dining room table, made the decision to establish the first black church in Melbourne; the Greater Allen AME Chapel. The first chapel was built on the north end of Lipscomb Street in 1885. It was remodeled in 1914 and moved to its present-day location, which is 2416 S. Lipscomb Street. The church bell which was acquired in 1928 is made of solid brass and weighs about 1,000 pounds. At the age of 45, Balaam Allen died in December 1893 after suffering for years from rheumatism.